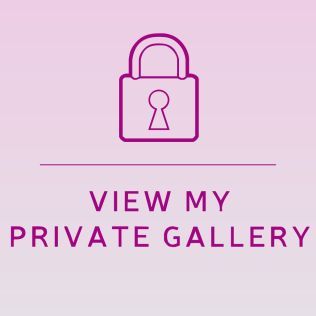 Report
Block
Profile Link
A Little Bit About Me
I really don't believe that it's possible to describe own self by writing few words..... And when someone tries to describe, usually he/she tends to avoid negative sides of own personality or character {something normal, not an offence :-)}. Another thing is people react or behave differently at different circumstances, so if I write that I'm very patient, compromising and calm person, it might be wrong as I also lose my temper in some situations when things are too much for me. (Though it's not usual or in most cases). Again another thing is that in life we play so many roles, each and every role is distinct and different. So someone could be excellent as a brother, son or friend, but the same person could be the worst husband. Same way someone could be the best husband who wasn't that good as a brother, son or friend. The same rule is applicable for girls as well. That's why I think it's useless to describe myself here in words, as we can't tell how a person is going to handle a situation or a relation until he/she is going to face the real situation /relation.

Still I think I can say some of my core values and characters about which I'm confident. I'm honest. Sincere, compromising, caring, hate hypocrisy and very simple. on the other side of the coin... I'm not too ambitious, too simple, little bit foolish, tend to trust people very easily, sometimes people think that I'm rude as I say things straight on their face... (because I really hate saying things in absence, also I believe that things might get worse for a time being by telling them directly, but in the long run it is always better as it always helps to avoid many future complications.


I am most passionate about-
Family,Friends & Life...
I believe in 4 principles:1.Action is louder than words. 2.What goes round that comes around(Karma). 3.Treat others the way you want to be treated yourself. 4.Survival of the Fittest..(Darwin's theory).

There are few contrasts in my personality- 1.I'm very Practical again extremely Emotional...2. I'm too Matured but there is an Inner child 3.I'm extreme Flexible &Compromising about everyone and everything but Too Stubborn and Strict about my Ethics, Values and Beliefs. 4.I'm too accomodating, adaptive but I want someone really Keen & Attentive about me,who would make me his Priority(I would do the same for him).

I believe 4 things are basic and vital in a real lasting relationship:1.Honesty 2.Love. 3.Respect.4.Trust.... I think having Same/Shared Interests is a bonus but not essential,but having Shared/Similar Values is a must:)

I am only looking for a serious ,permanent, committed(loyal) relationship...so if you are not ready for that please don't waste time, and energy....

And lastly the most rare quality I have -I am very good with Money and has no interest for shopping (actually my friends told me that they have doubts if I am a real woman.... )
I am very conscious about my rights as a human being (rather a woman), my self-respect and dignity and I want someone who would consider me as a Human being first rather a Woman. But again I don't agree with some Modern women who are ashamed about Being Considered Different as a Woman... I believe though I am a Human, but I can't deny that I am a woman and there is nothing wrong to accept that I am different in some aspects from a man... and I have some responsibilities as a Woman or a Mother or a Wife which I should give priority as the Nature/God has decided and made the rule and our Roles; and that's why it created those differences between Man and Woman. I believe None of them are superior or inferior to the other, each has own positive and negative qualities and the Nature/God has created us thus to complement each other to make the Life complete and complement each other.

One thing I want to mention is to me right now the most important thing and most important person is my son, who is the best thing could happen to anyone. And I want someone who is ready to love him as his own child, if you're not ready for this, then I think it will be wise not to try anything

What I Am Looking For
Honest...that's the must.
Someone kind, intelligent, decent, caring, sensible, calm.

I am severely allergic to Flirts and Perverts.

Sorry, No intention to disrespect or hurt anyone... But it's just my own preference...
Someone aged between 37-48 years, minimum 5'9'' tall and minimum having a Degree level of education.And not more than one child and only UK resident /citizen.
Thanks

Personal Information
My Citizenship
British
Country of Origin
Bangladesh
Willing to Relocate?
Locally
I am Looking to Marry
As soon as possible
My Income
Prefer not to say
Marital Status
Divorced
Would I like to have Children?
Yes
Do I have children?
Yes
My Living Arrangements?
I Live Alone
Country
United Kingdom
County/State
Bedfordshire
Distance
unknown
Appearance
My Height
1.68m (5' 6")
My Build
Large
My Hair Colour
Black
Colour of My Eyes
Other
Do I Smoke?
No
Do I Have Any Disabilities?
No
Education
My Education Level
Masters degree
Subject I Studied
Biology
Language
My First Language
Bengali
My Second Language
English
Work
My Profession
Education
My Job Title
Supervisor
Religion
Religiousness
Religious
My Sect
Sunni
Hijab/Niqab
No
Beard
Prefer not to say
Are You a Revert?
No
Do You Keep Halal?
I Always Keep Halal
Do You Perform Salaah?
Sometimes